RCR Architects studio invited to participate in the design competiton.

We continue to introduce the Architecture studios who visit Fuenteheridos out of interest in our CerroBlanco project. The three Catalan architects, directors of “RCR Architects”, Rafael Aranda, Carmen Pigem y Ramón Vilalta, are the stars of today’s post, as they represent one of the best architecture studios in the national scene. Their work stands out for its beauty and exceptional artistic level. Joaquín Torres, director of A-cero assures us that “Their projects are authentic masterpieces”.

In 2010 the were made honorary members of the American Institute of Architecture “in light of their significant contribution to architecture and society”.
RCR was founded in 1987 by the Catalan group, when after graduating from the Vallés School of Architecture (Barcelona), they decided to open their own studio. They left the city to return to where all three grew up, Olot, a volcanic area in the north of Catalunya, just south of the Pyrenees, 70km from the Mediterranean coast.
Since then Aranda, Pigem and Vilalta have kept away from the urban fads in this small town in the province of Girona. The volcanic cones, primitive forms and wide views of the Pre-pyrenee mountains have had deep influence on their architectural creations.
Space, light and view are in fact the fundamental aspects of RCD’s designs. Their buildings communicate with their surrounding environment and evoke a sense of peace; interact with the natural and artificial context like abstract statues that cut space, whether in the city, the periphery or in the country. This special sensitivity towards the scenery, made them ideal advisers to the Volcanic zone natural park of Garrotxa (in the Olot region) and to design various projects in this area like the Access pavilion to the Fageda d’en Jordá and the Piedra Tosca park.
The first projects of RCR, however, date back to the late 80′ and beginning of 90′, when the authors were not yet 30. That early stage of their work includes projects like the Hotel Albons Calm (1988-1992) or the Casa Mirador (1988-1992) with its spectacular views, on the outskirts of Olot.
Through such praiseworthy initial work influenced by Barcelona style architects (for example Carlos Ferrater), Aranda, Pigem y Vilalta learned how to use concrete, steel, wood and stone and adapt them to the requirements of each specific project.
Their later work is enriched and inspired by a wide range of artistic trends from different places and times; Chillida, R. Serra, Picasso, Tadao Ando, the zen gardens of Kioto, etc. However, RCR has created their own coherent style over the years; an elegant structural architectonic language that is absolutely minimalist and possesses an aesthetically incomparable beauty. For more information: http://www.rcrarquitectes.es/ 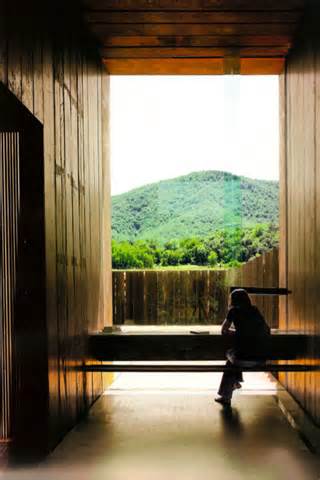 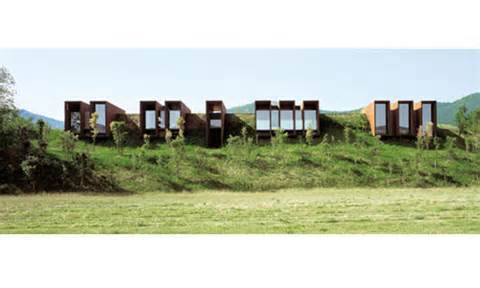 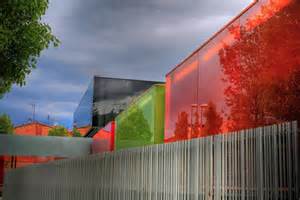